RENOVATE IN FRANCE - THE BEST AND WORST OF IT

October 21st, 2012. Seven month and six days since we took possession of our property in France. We are now done with the major renovations of our residence, ready to make it a home. Hang the art, put up the curtains, you know, the things that make it home, not just a house.

Renovations began in earnest late April, just about the time when we went to Austria to spend some time with my parents. Which in hindsight was our number one and single biggest mistake.
No complaints, just pointing out the facts in case you plan to go ahead and move somewhere and undertake a renovation. Stay onsite from day one until it is finished. No misunderstandings, no "missing emails" etc., etc.

We hired a Jarnac based contractor who's quote was in line what our budget permitted for the basic renovation job to be done. In the end it turned out very good, the job just took way longer and some major reactive issues had to be solved after all was done.
More dust, more dirt. if we would not have gone to Austria, but visited the site often, these issues would have been caught before they happened.
The contractor also brought along the electrician, a local french one, who was very very good. Missed a deadline or two, but made up for it with his passion and friendliness towards the foreigners....

When all the pipes and radiators burst during the big freeze in February, 30 days before we were to take possession, our outstanding realtor saved the day with a large plumbing outfit. They came in and dismantled the radiators to prevent further damage than this:

So we inherited that firm, who's GM is incredible. Helpful with major relocations of pipes and fittings, friendly and very patient. One can say he is used to requests from foreigners.....
The only drawback with that firm, they sent three different crews over the renovation period ranging from great to ...can I say, very french? Since we were absent, their communication with the GC was an absolute minimum which resulted in one waste pipe running diagonally along the ceiling through a major room and one of the bath rooms being 100% different from what we discussed. Victoria is pretty cranky about that. But the heating works......

The standout through all this work was an expat from England, Johnathan Turner who not only installed the kitchen cabinets on a floor that's more uneven than a run down golf course, he was of incredible help with other wood working needs as well. He replicated 100 year old baseboards, helped us swap out two sets of doors of different sizes and even built an interesting wardrobe for Victoria from scratch. If you need a wood worker, he is the one.

My single biggest mistake happened right at the get go, luckily the damages were not too hard to swallow. As you know, one is supposed to always get more than one quote for things. When I surfed the net about Renovating in France, one of them sounded as if he knows what he is talking about.
Well, there are endless stories about "ferry contractors", a term coined for guys who bought their tool belt on the ferry over to France from a disillusioned English man going back home.
I was also naive enough to pay 500.00 (in cash) as an upfront fee to get me the estimates for all the works. The company "Renovate in France" did show up, took the cash and in the end delivered nothing. I was told to be patient, their craftsmen are worth the wait, next week, maybe Monday after, but all in all, I blew 500.00 for nothing. Lesson learnt. I just absolutely hate being snookered.
In case he changed his company name for the same scheme, Steve Davis is the guy. If a contractor has not finished his own project after 5 years working on it, don't hire him.

There are plenty of others who did some great work on this house so far, a few of them are actually going to renovate the studio for our future visitors next.
As you can see, barely finished with project A, we are already starting project B.

Stay tuned for that. 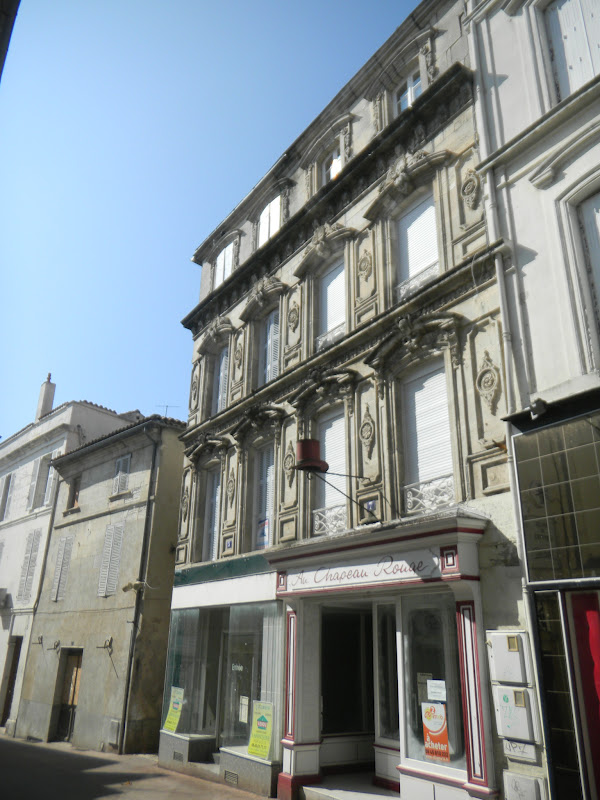 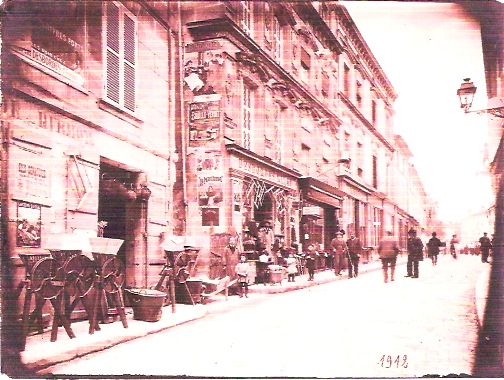 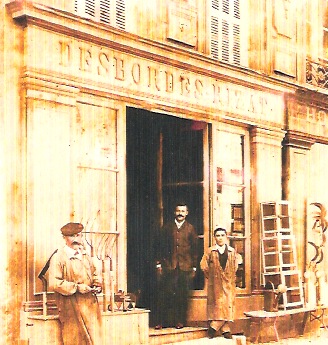 WE TURNED THIS FIREPLACE 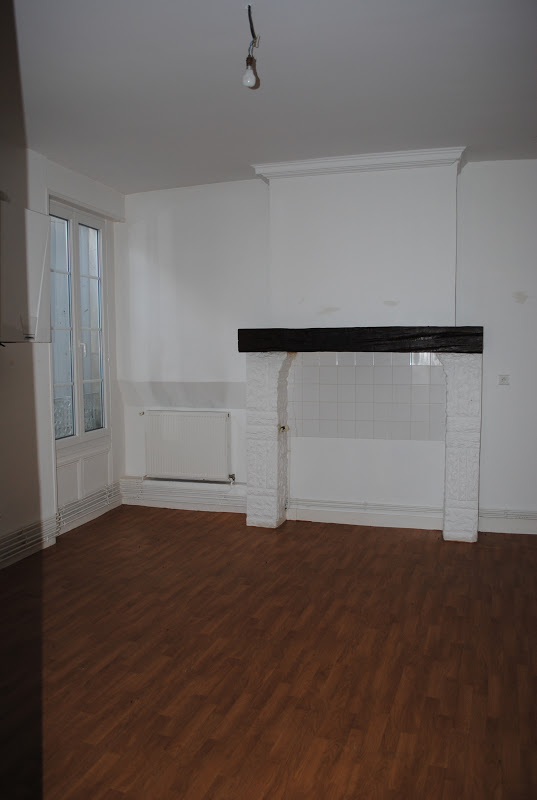 WE MADE THAT WET ROOM 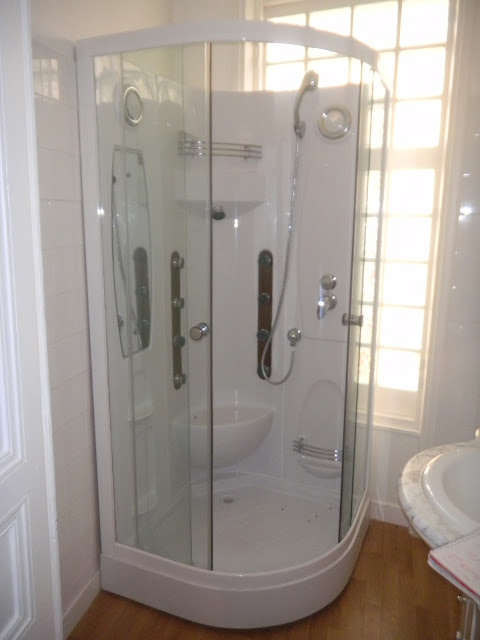 INTO A FINE BATH ROOM 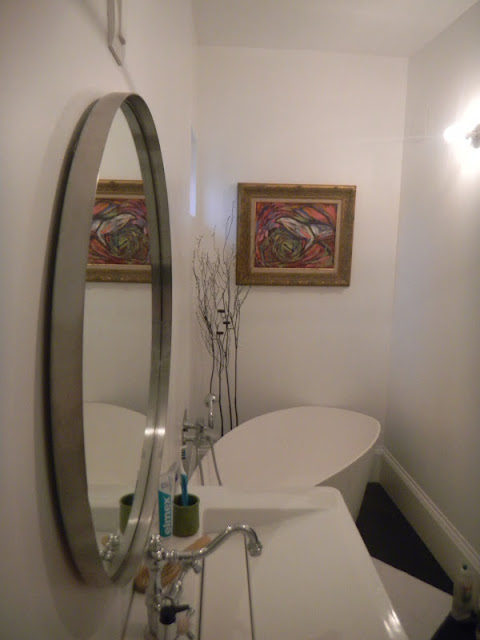 JOHNATHAN TURNER, BY FAR THE BEST 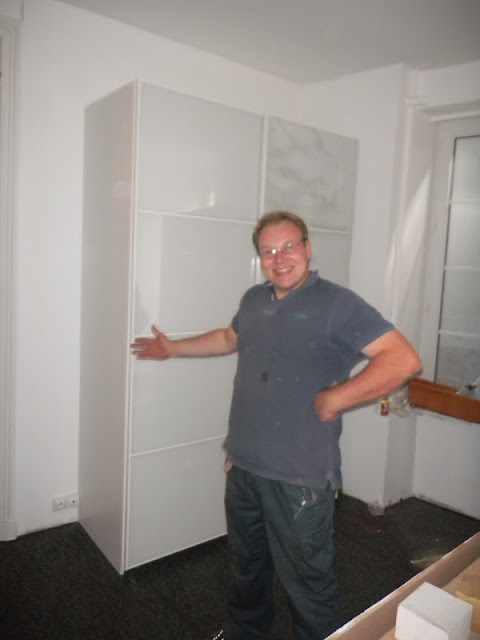 IF IT DOES NOT FEEL RIGHT, DON'T GET SCREWED LIKE I DID.

MAN OF THE YEAR 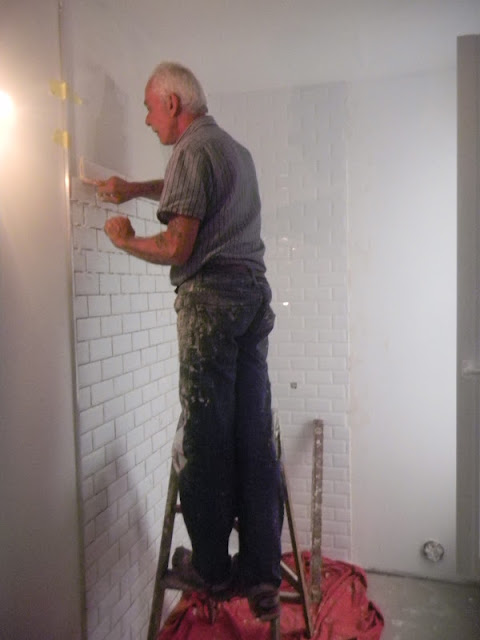 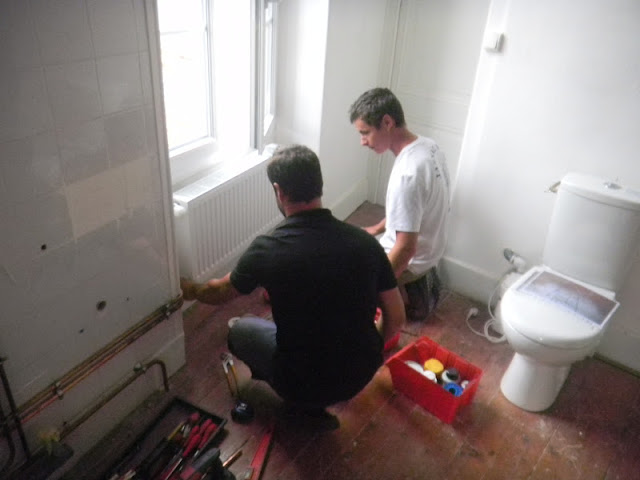 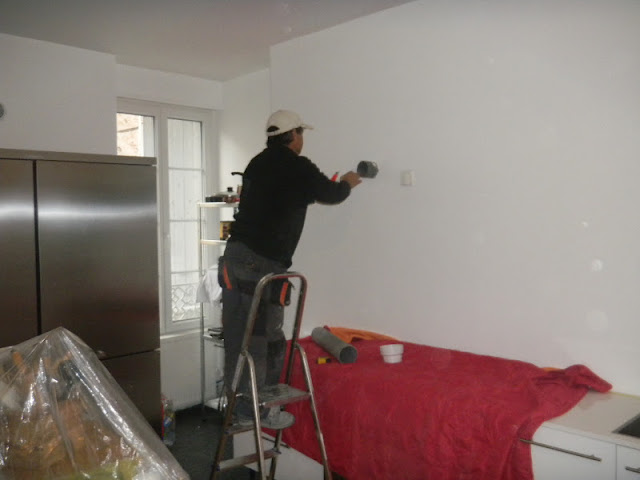 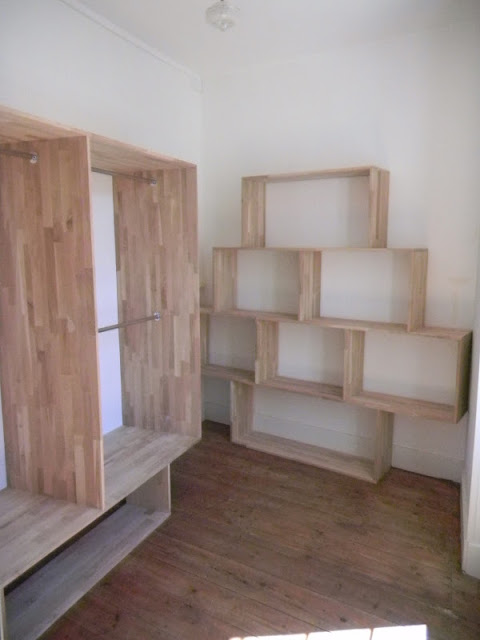 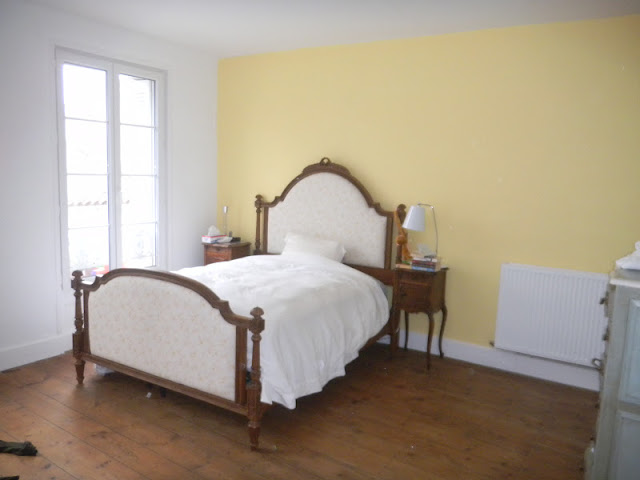 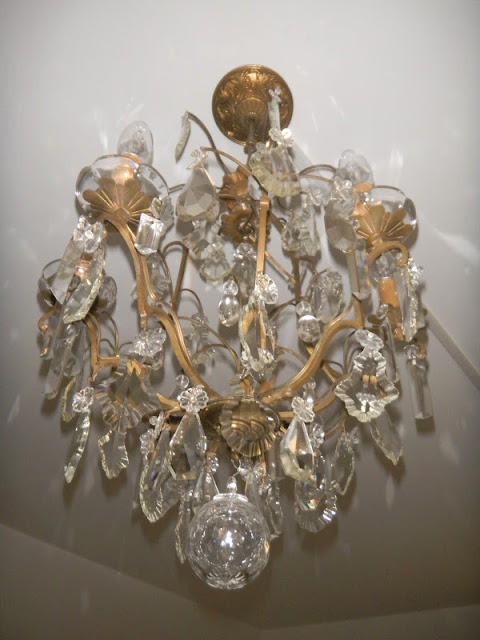 NOW. WHERE TO HANG ALL THESE 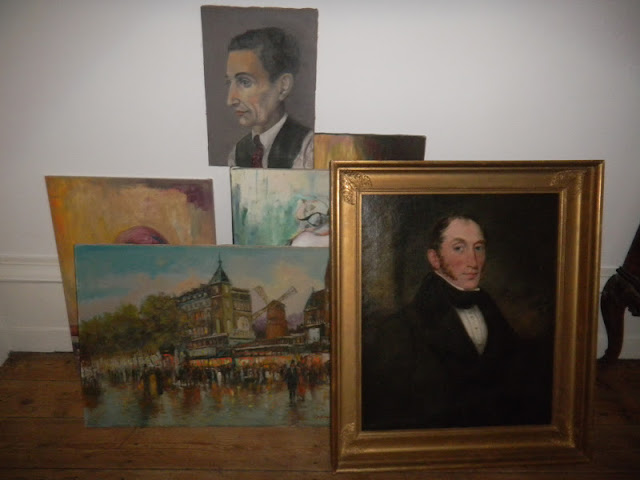 THIS IS WHAT THE STUDIO LOOKS LIKE RIGHT NOW. WE ARE RENOVATING IT INTO A FINE HOLIDAY DWELLING FOR YOU TO VISIT US 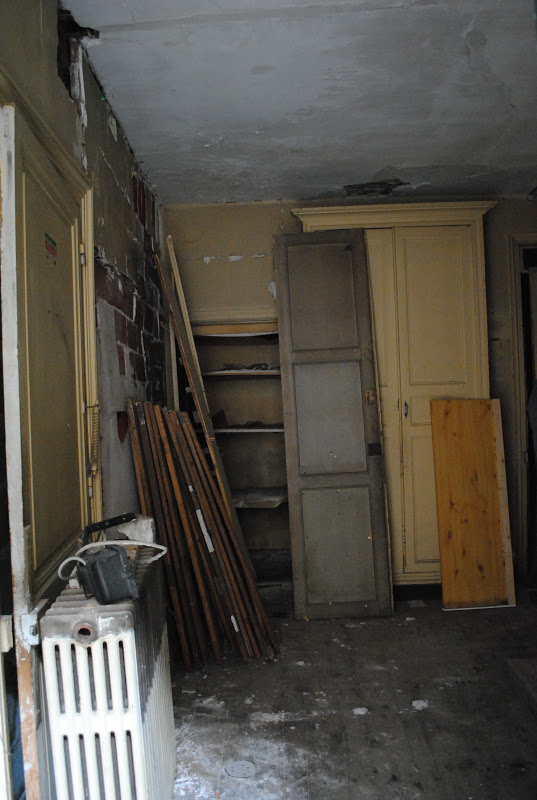 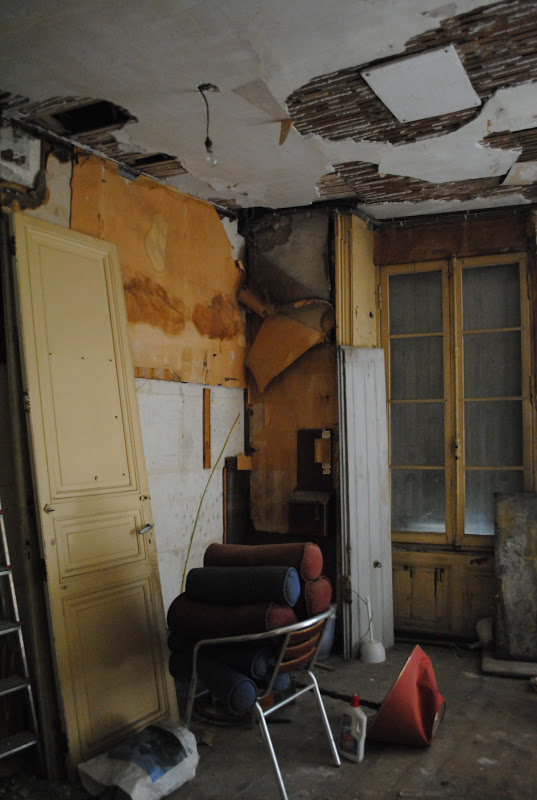 Describing one bad work crew as "very French" doesn't seem like a productive way to view things. Are you just being "very Austrian"? Such an attitude is bound to make your "integration" into French life much more difficult, don't you think?

Sorry to harp on it, but why didn't you say that that Renovate in France company, and Steve Davis, were "very English"? I just hate that "us" (expats) vs. "them" (French) mindset.


No worries about your harping, Ken. I have read worse.

I could have elaborated much more into details, as to how I came to my stereotypical assessment about THEM being french.
Writing is not my forte.

How about this as an example to the rule of THAT crew : On questioning why an aeration pipe that smells like sewer ends in Isabella's closet, the answer was very non chalant, "Ah, Parce que c'est comme ca ici."
Without any effort to remedy that situation. When I pointed out the foul smell in my kid's room, they steadfastly refused to admit that it smells up the room.
"On sent rien, nous." And off they went,because it's lunch time. (Talking of stereotypes....do you think that would have happened with a German plumber?)

When I called the GM over for an explanation (of course after lunch), he could not believe it, apologized and rerouted the pipe the way it should have been done in the first place.

As advised by our (French) realtor, we hired Jarnac area crews on purpose for the important work, to get acquainted with some of the locals faster. On his good advise.

I get by pretty OK with my Club Med French and have yet to be overly upset about any of the huff puff many expats complain about. Carte de Sejour? A french cake walk for my family. Easy.
Dealing with most officials? No complaints. They understand me and I get my needs or wants out of them.


However, my listening understanding of the french language is also good enough and I can hear the locals snarking about foreigners much more so than you'd want to hear about. Officials as well as Buergers of this country.

Integration happens to be a two way street in my opinion.
And just because we love most aspects about life here, does not mean we can't draw very valid comparison. About life, about habits and about people we interact with.

Having done renovation work on 3 houses, it is so painful to read about contractor problems. Yes, you should be near by at all time during the process, and never trust anyone. A signed contract and money paid only at he end of the finished job is another lesson.
Overall, your place is very pretty and I hope the 3 of you are happy, because happiness is really what life is all about.

Most problems were definitely first world. BUT plumbing is an issue, Nadege.

We love the process, but won't undertake one more without presence.

We are 90% happy here and the remaining 10% (milk, complacency) are really not worth whining about.....

Thanks for writing such a detailed response to my comment.